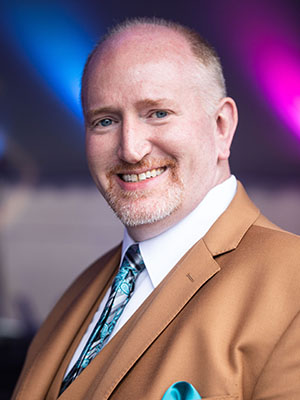 Casey William Gallagher (Managing Director) has worked at PSF for 23 seasons.  Over the years he was the assistant house manager, box office manager, company manager, assistant producer, and director of development.  Since 2004, in his role as general manager and later managing director, he has served as the administrative leader of the Festival working very closely with the box office, business, development, marketing and production departments.  Casey has also been treasurer for the Shakespeare Theatre Association, director of audience services for The People’s Light & Theatre Company, a board member for Civic Theatre of Allentown, a peer panelist for the New Jersey Council on the Arts and a judge for the Greater Philadelphia Barrymore Awards for excellence in theatre.  Casey is a member of the PSF Board of Directors and also serves on the board of Arts Academy Elementary Charter School.  Casey thanks everyone who works to make PSF happen each year.