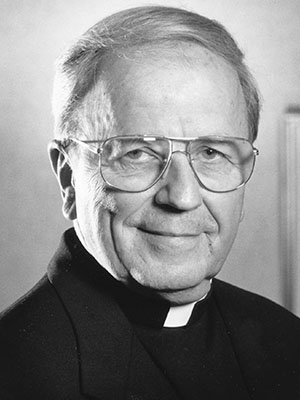 Fr. Gerard Schubert O.S.F.S. (1929 to 2015) (Founder) was the founding chairperson of DeSales’ Theater and Speech Department in 1969 and founder and Artistic Director of Pennsylvania Shakespeare Festival in 1991. Fr. Schubert was instrumental in creating a vibrant Performing Arts arm of the liberal arts curriculum at DeSales University. With his guidance, the department developed majors in dance and TV/film and grew to more than 300 majors in theatre, TV/film, and dance. In PSF, he created a nationally recognized theater festival of high professional standards, attracting renowned artists from around the country. The Festival has grown to incorporate a season of seven plays and an audience base of 40,000 each summer. The Festival takes an annual tour of Shakespeare to middle and high schools throughout Pennsylvania. He increased the exposure of Shakespeare and other classics throughout Pennsylvania, New Jersey, and Delaware.