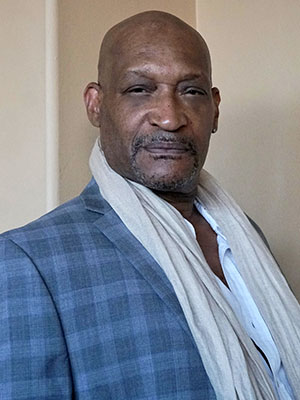 Tony Todd (Narrator, HILWIL) has more than 200 TV/Film and voice-over credits. Tony’s passion for acting began in theater, first at the University of Connecticut, and then at the renowned Eugene O’Neill National Theatre Institute. Tony was at the inception of the Trinity Rep. His theater credits include originating the title role of award-winning playwright August Wilson’s King Hedley II. He also received a Helen Hayes nomination for his performance in Athol Fugard’s The Captain’s Tiger. Other theater credits include Les Blancs, Playboy of the West Indies, Othello, Zooman and the Sign, Dark Paradise, Aida (on Broadway), Levee James for the prestigious Eugene O’Neill Playwrights Conference, Athol Fugard’s The Island, ‘Troy Maxon’ in August Wilson’s Fences for the Geva Theatre Center, ‘Paw Siden’ in the world premiere of the Marcus Gardley play Black Odyssey at the Denver Center, and the one- man show Ghost in the House as the late great world champ Jack Johnson. Tony made his return to the Hartford Stage for the TheatreWorks production of Dominique Moriseau’s Sunset Baby. TV/Film credits on IMDB @Tony Todd.