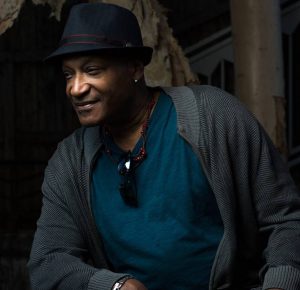 Pennsylvania Shakespeare Festival has announced its re-opening for Summer 2021, with exciting plans for a variety of outdoor, indoor, and virtual performances. The season will run June 25 to August 1 at, and adjacent to, the Labuda Center for the Performing Arts at DeSales University in Center Valley, PA. Though the full season will be announced soon, the summer season will feature August Wilson’s one-man theatrical memoir How I Learned What I Learned, starring veteran stage, film, and television actor Tony Todd.

With an acting career spanning more than 30 years, Mr. Todd has an extensive list of credits in all genres. His films include Oliver Stone’s Academy Award-winning Platoon; Lean On Me with Morgan Freeman; Clint Eastwood’s Bird; and the voice of the Fallen in Transformers: Revenge of the Fallen; among many others.

The charismatic six-foot-five actor is perhaps best known for his chilling performances in horror
and sci-fi films including the title role in the Candyman franchise, as well as the Hatchet and Final Destination franchise hits, along with Night of the Living Dead, The Crow, and The Rock.

On television, he has had prominent guest starring roles in numerous critically-acclaimed television series including Riverdale for the CW, Room 104 for HBO, Scream for MTV, the villain Zoom on the CW series The Flash, recurring roles on all three incarnations of Star Trek, and many more.

Mr. Todd has received accolades for numerous roles on stage including a coveted Helen Hayes Award for his performance in Athol Fugard’s The Captain’s Tiger at the La Jolla Playhouse, Manhattan Theatre Club, and The Kennedy Center; and originating the title role in the world premiere of August Wilson’s King Hedley II in Pittsburgh, Boston, and Seattle. (Variety lauded, “Todd’s King Hedley dominates the stage.” His performance “was a memorable tour-de-force.”)

His additional stage credits include the TheaterWorks production of Dominique Morriseau’s Sunset Baby; his one-man-play Ghost in the House, about the late great boxer Jack Johnson; the world premiere of Marcus Gardley’s Black Odyssey at the Denver Center Theatre; along with Zooman & the Sign, Playboy of the West Indies, Les Blancs, Othello, Aida on Broadway, and many others, including Troy Maxson in August Wilson’s Fences at the Geva Theatre Center.

As a voice artist, Todd’s signature basso can be heard in countless animated films and as numerous characters in film, television, and the gaming industry.

Written and originally performed by Pulitzer Prize-winning playwright August Wilson, How I Learned What I Learned explores autobiographical insights into the career of one of America’s greatest writers. This theatrical memoir charts Wilson’s life and artistic journey, from growing up in Pittsburgh’s Hill District to the completion of Fences (originally slated for PSF’s 2020 summer season) and other plays in his renowned American Century Cycle. In a moving solo performance, Wilson’s poetic power takes center stage, illuminating a vivid portrait of his self-discovery and growth in becoming a Black artist in America.

“Tony’s versatility, artistry, and craft as an actor, coupled with his rich experience with August Wilson’s plays, will prove invaluable in plumbing the depths of this playwright’s perspective and insight,” says Producing Artistic Director Patrick Mulcahy.  “We are so pleased to have an actor of Tony Todd’s caliber soloing in this iconic role as we bring the story of this master craftsman of the American theatre to our mainstage this summer.”

How I Learned What I Learned will be directed by Christopher V. Edwards, who was previously slated to direct last season’s Fences. Mr. Edwards has recently joined PSF’s staff as Distinguished Artist & Consultant, providing insight and guidance for planning, programming, organizational development, diversity and inclusion. Edwards is the artistic director of the Actor’s Shakespeare Project in Boston. Prior, he was the artistic director of Nevada Conservatory Theatre in Las Vegas and he was the associate artistic director and a 14-year company member with the Hudson Valley Shakespeare Festival in New York, where he directed and acted in more than 30 productions.

The Festival looks forward to celebrating its re-opening and 30th  anniversary season with its debut of this groundbreaking play. In the coming weeks, look for the full season line-up, more casting announcements, the various ways to attend performances, and PSF’s safety protocols.

“All of our planning aims to create a safe, refreshing, and enriching theatre experience this summer season. Folks can join us in our new outdoor space or indoors, in person or virtually, or through all of these options. The goal is to provide something for everyone from an attendance perspective,” says Mulcahy.

The Festival’s season will run from June 25th through August 1st.  Please visit www.pashakespeare.org for the latest updates.

Single tickets for How I Learned What I Learned and all summer productions will go on sale May 17 and will be available to purchase online at www.pashakespeare.org or by calling the box office at 610.282.WILL [9455] at that time.

How I Learned What I Learned will be performed on the Festival’s indoor Main Stage to a limited capacity, socially distanced audience. The show will preview at 6:30pm on June 29 and 30. Opening night is Thursday, July 1 at 6:30pm, and the production runs through July 11.

Pennsylvania Shakespeare Festival features acclaimed actors from Broadway, television, and film, and is traditionally the summer home to more than 200 artists from around the country, including winners and nominees of the Tony, Obie, Emmy, Drama Desk, Outer Critics Circle, Jefferson, and Barrymore awards.

Pennsylvania Shakespeare Festival, under the leadership of Producing Artistic Director Patrick Mulcahy, is the only professional Equity theatre of its scope and scale within a 50-mile radius. PSF is one of only a handful of theatres on the continent producing Shakespeare, musicals, classics, and contemporary plays, all of which can normally be seen in rep and in multiple spaces within a few visits in a single summer season. Similarly, PSF was among just a handful of theatres on the continent in recent summers to produce three Shakespeare plays in a single summer season.  A patron would have to travel seven to nine hours from PSF to find a comparable range of offerings at a single theatre within a few weeks’ time.

The Festival’s award-winning company of many world-class artists includes Broadway, film, and television veterans, and winners and nominees of the Tony, Emmy, Obie, Outer Critics Circle, Drama Desk, Jefferson, Hayes, Lortel, and Barrymore awards. A leading Shakespeare theatre with a national reputation for excellence, PSF has received coverage in The Washington Post, NPR, American Theatre Magazine, Playbill.com, The Philadelphia Inquirer, and in recent seasons The New York Times has identified PSF as one of the leading summer theatre festivals in the nation. “A world-class theater experience on a par with the top Bard fests,” is how one New York Drama Desk reviewer characterized PSF.

Founded in 1992 and the Official Shakespeare Festival of the Commonwealth of Pennsylvania, PSF’s mission is to enrich, inspire, engage, and entertain the widest possible audience through first-rate productions of classical and contemporary plays, with a core commitment to Shakespeare and other master dramatists, and through an array of education and mentorship programs. A not-for-profit theatre, PSF receives significant support from its host, DeSales University, from the Pennsylvania Council on the Arts, and the National Endowment for the Arts. With 150 performances of seven productions, the Festival attracts patrons each summer from 30+ states. In 29 years, PSF has offered 175 total productions (74 Shakespeare), and entertained 1,000,000+ patrons from 50 states, now averaging 34,000-40,000 in attendance each summer season, plus another 13,000 students each year through its WillPower Tour to schools. PSF is a multi-year recipient of awards from the National Endowment for the Arts: Shakespeare in American Communities, and is a constituent of Theatre Communications Group, and the Shakespeare Theatre Association. In 2013, leaders of the world’s premier Shakespeare theatres gathered at PSF as the Festival hosted the international STA Conference.

The Festival’s vision is for world-class theatre.