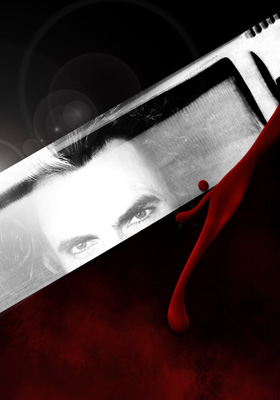 With Broadway Headliners Dee Roscioli appearing as Mrs. Lovett
and William Michals in the title role.

A Tony Award Winning masterpiece by Stephen Sondheim, Sweeney Todd is a sophisticated and uncompromising musical thriller. An unjustly exiled barber returns to 19th century London seeking revenge against the lecherous judge who framed him and abducted his young wife. Sweeney’s thirst for blood inspires Mrs. Lovett, the resourceful proprietor of the pie shop downstairs, who nurses secrets of her own. Mature content. PG14.

Extras:
Meet the actors for an informal talk-back following the performances on Thursday, June 21 and 28.

“Broadway actor…Dee Roscioli is delicious and delectable…creating one of the most entertaining villains to be seen in recent years on an area stage.”

“William Michals…has a powerhouse of a voice that echoes and resonates and captures the majesty of Sondheim’s music.”

“‘Not While I’m Around’ is a heart-wringer and full of poignant emotions.”

“We went to Broadway. The great part about it was we weren’t stuck in hours of traffic, we didn’t have to pay any tolls and best of all, parking was free! That’s because we went to the Pennsylvania Shakespeare Festival.”

“The highlight of the performance for me was…every scene that Dee Roscioli was in as Mrs. Lovett.”

“Much better than the movie.”

“You’d have to go far to equal the Pennsylvania Shakespeare Festival production.”

“The event of Lehigh Valley summer music theater season. Broadway-bound theater-goers: Turn around and head to Labuda Center for the Arts.”

“…Plunges the audience into the world of 19th-century London.”

“PSF’s ‘Sweeney’ has perfectly-cast leads with William Michals in the title role and Dee Roscioli as Mrs. Lovett.”

“William Michals, with long blond ponytail and a powerful, cutting voice, is a stirring Sweeney.”

“The effect is a knockout.”

“Arguably the greatest of American musicals, Stephen Sondheim’s “Sweeney Todd” .. gets a rousing interpretation [at] PSF.”

“Razze endows the production with a splash of comedy it might not otherwise exude.” 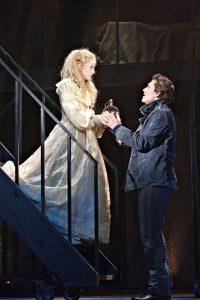 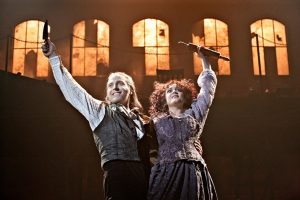 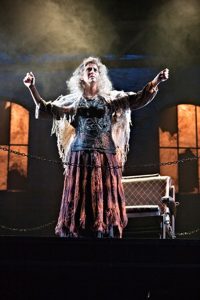 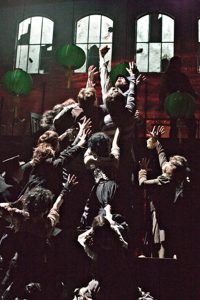 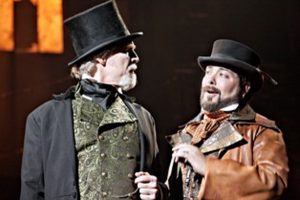 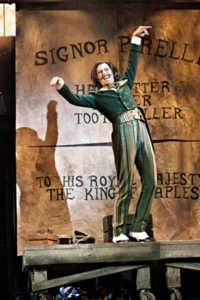 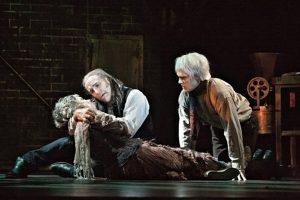 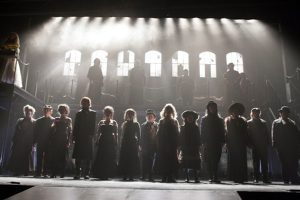